For those Trekkers who are consumed by trying to figure out how Abrams will reconcile the events that take place in the first 6 Star Trek movies with the storyline for any possible sequel, I offer the following:

Thrown off course by the gravity of the 2 newly created black holes, V'Ger (Star Trek: The Motion Picture) goes off course and veers away from Earth. It encounters and destroys the SS Botany Bay (The Wrath of Khan, The Search for Spock), the Whale Probe (The Voyage Home) and the Klingon moon Praxis (Undiscovered Country). Sybok perished on Vulcan, because god forbid we have to relive The Final Frontier. Finally realizing it's waaaay off course, V'Ger course corrects and runs smack into the Planet Killer (TOS: The Doomsday Machine) and they mutually annihilate. 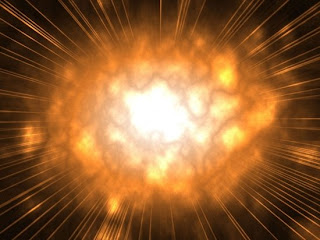 There you have it, case closed, kwitcher-bitchin. 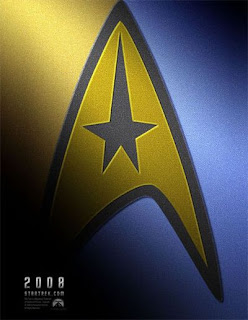 Saw Star Trek on Saturday. Those who know me gasp and say "you waited until the third weekend?!?!" Well, we had passes and a babysitter so third weekend it was.

Great flick. Yeah, there are some plot holes big enough to fly the ship through and there's a lot of Trek canon that goes out the window and for some reason there's a brewery in the engineering section... but putting all that aside it was a pretty much non-stop ride that I didn't want to end.

But then it did, and it left me wondering: What are they going to do in the sequel?

Because, honestly, that's where the real movie is going to be my friends.

Think about it, this was a reboot. Sure, we knew how the characters originated... um, originally, but with the "alternate timeline" (that they just about bash you over the head with in the script trying to explain it) the origins were altered and had to be revisited. The original crew had to end up on the ship. And the main characters had to have their motivations flushed out for us to empathize with them during their pivotal moments.

But now that that's all out of the way, the sequel's all about the bad guy. Think about it in some recent flicks:

You tell me which were the better baddies.

But the baddest baddie in the whole damn Trek town is Khan, and there is NO WAY that Abrams, Orci and Kurtzman would even dare to touch that for fear of half the Vegas Star Trek Con audience rushing their stage to bludgeon them to death.

Which leaves us to wonder who the next bad guy will be.

My money says that it's going to be a Klingon. Federation's supposed to be at war with them anyway, so it makes sense. Regardless, I'm excited for the sequel.

Live long and prosper. Or should I say "Good Luck".
Posted by Gomberg at 10:23 PM No comments:

O Brother, Where Art Thou?

Yeah, it's been a while.

And that fact, frankly, has been keeping me away.

Because there's a ton of stuff I'd love to tell you about that's happened since February.

And ... well that's been pretty consuming in itself.

So instead of taking the time to type up all the juicy details of the past 3 months, I'm just going to start anew.